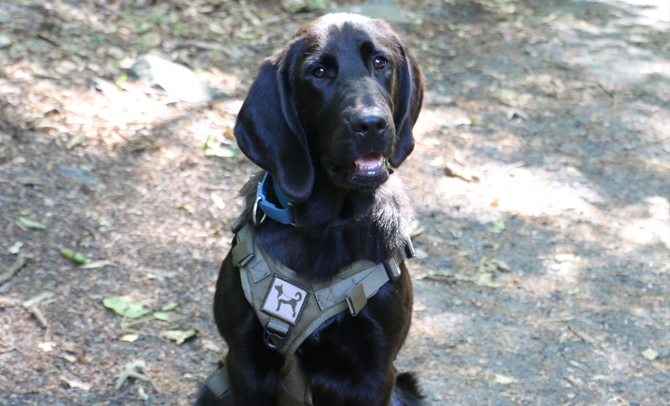 Semper K9 is proud to announce the acceptance of Chappy into our Service Dogs for Veterans Program. Chappy is a 10-month-old lab mix and comes to us from our rescue partner, Operation Paws for Homes. He is named in honor of the “Four Chaplains” and the many sacrifices made by all of our military chaplains. 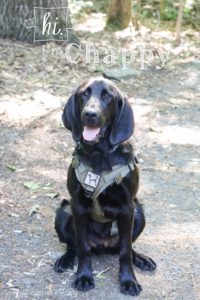 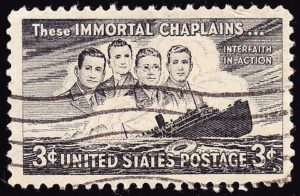 Military Chaplains have been serving alongside our servicemen and women for as long as our country has had a military. The Chaplain Corps officially dates back to July 29, 1775, when the Continental Congress authorized one chaplain for each regiment of the Continental Army at General Washington’s request. Since then chaplains have provided for their unit’s spiritual needs, worked to improve morale, and aided in caring for the wounded. Throughout our history, chaplains have been a steadying force for our servicemen and women in both peacetime and at war.

While many chaplains have heroically given their lives in service to their unit and our country, the story of the Four Chaplains (also known as the Immortal Chaplains) is one that best depicts what it means to be a chaplain.

On February 3, 1943, the SS Dorchester was transporting 904 servicemen and civilians to an Army base in Greenland. From there many would be going on to join the fight in the European theater. Just after midnight, a German U-boat fired a torpedo at the Dorchester which struck below the waterline. Many were killed or wounded in the initial hit, which took out the ship’s electrical systems and plunged the ship into total darkness. Among the chaos and panic were four Army Chaplains. 1LT George Fox (Methodist), 1LT John Washington (Catholic), 1LT Alexander Goode (Jewish), and 1LT Clark Poling (Baptist) spread out to tend to the wounded, calm the terrified passengers, and help direct an orderly evacuation.

As the ship was going down, the Four Chaplains were handing out life jackets from a storage closet. When the supply ran out, the Chaplains removed their own life jackets and handed them to those waiting in line. They continued helping people into lifeboats and doing their best to be a calming force amidst the panic. Survivors reported seeing the Four Chaplains, all of differing faiths, lock arms as they sang hymns and said prayers for the safety of the men as the ship slipped below the freezing water. Some reported hearing prayers in different languages as they went down, Latin from the Catholic priest, and Hebrew from the Jewish Rabbi mixed in with the English.

Sadly, only 230 of the 904 passengers survived the torpedo and the frigid temperatures that night. On December 19, 1944, the Four Chaplains were posthumously awarded the Distinguished Service Cross and the Purple Heart. Congress had also wanted to award them the Medal of Honor, but could not due to the strict requirements for heroism performed under fire. Later on July 14, 1960, Congress approved a special medal, called the Four Chaplains’ Medal, and they were awarded to the chaplains’ next of kin at Fort Myer, VA, in January of 1961. Ceremonies and remembrances are held each year on February 3rd to remember the heroism of these four brave men who sacrificed themselves, so that others may live.

Chappy is currently a graduate with his veteran OG and lives happily in Arkansas.