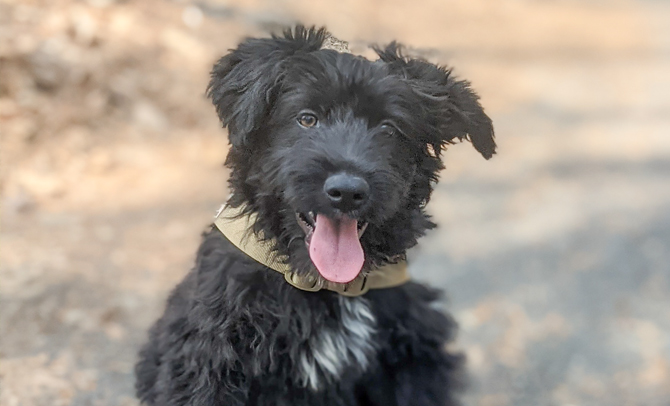 Semper K9 Assistance Dogs is proud to announce the acceptance of Sammy into our Service Dogs for Veterans program. Sammy is a 12 week old Goldendoodle mix and comes to us from Operation Paws for Homes. Sammy is sponsored by our Marine Corps Marathon team, Team Semper K9 and named in memory of the first Commandant of the Marine Corps, Major Samuel Nicholas. 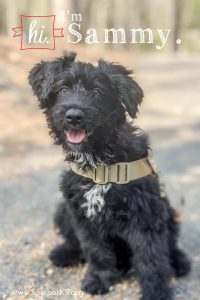 Major Samuel Nicholas, first Commandant of the Marine Corps by tradition as the senior ranking officer in the Continental Marines, was born in Philadelphia in 1744. He received as a captain, the first commission issued in the Continental Naval Service, 18 days after the Continental Congress resolved on 10 November 1775, “That two battalions of Marines be raised consisting of one Colonel, two Lieutenant-Colonels, two Majors, and other officers, as usual in other regiments; that they consist of an equal number of Privates with other battalions; that particular care be taken that no persons be appointed to offices, or enlisted into said battalions, but such as are good seamen, or so acquainted with maritime affairs as to be able to serve by sea when required; that they be enlisted and commissioned to serve for and during the present war with Great Britain and the Colonies, unless dismissed by order of Congress; that they be distinguished by the names of the First and Second Battalion of Marines.”

Captain Nicholas no sooner received official confirmation of his appointment to office than he began recruiting for the Marines in Philadelphia.  By January 1776, having recruited a sufficient number of Marines to man the vessels that comprised the Continental Navy in the waters of Philadelphia, Capt Nicholas assumed command of Marine Detachment on board the Alfred. With Commodore Hopkins in command, the Alfred set sail from Philadelphia on the morning of 4 January 1776. The following month witnessed the baptismal fire of the Marines.

Lord Dunmore, with the British force under his command, had collected a store of arms and provisions at New Providence, in the Bahamas, and had done a great deal of injury along the Colonial coast, particularly the shore of Virginia. Commodore Hopkins had been ordered to processed to Avaco in the Bahamas, and from there to operate against the force of Lord Dunmore. Here the Commodore decided to make an attack on New Providence, capture the enemy’s stores and cripple his supplies. Capt Nicholas was placed in command of the landing party, which consisted of about 250 Marines and sailors. This, the first landing party every engaged in by Continental Marines, was a complete success. 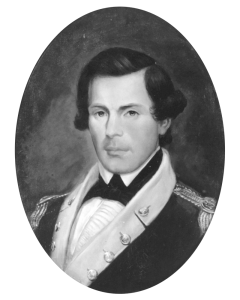 On 6 April 1776, the Marines participated in the first naval battle between an American squadron and the British, when His Majesty’s Ship Glasgow blundered across the path of the squadron.

On 25 June 1776, Congress placed Capt Nicholas “at the head of the Marines with the rank of Major.” Accordingly, Commodore Hopkins was advised to send Maj Nicholas to Philadelphia, with dispatches for the Continental Congress. With notification of his promotion he was ordered to report to the Marine Committee. The Committee detached him from the Alfred and ordered him to remain in the city, “to discipline four companies of Marines and prepare them for service as Marine guards for the frigates on the stocks.” Having recruited and thoroughly organized four companies, he requested arms and equipment for them.

In December 1776, he wrote Congress, “The enemy having overrun the Jerseys, and our army being greatly reduced, I was ordered to march with three of the companies to be under the command of His Excellency, the Commander-in-Chief.” This was the first example of a battalion of Marines about to serve as an actual fighting unit under the direct command of Army authority. The Marines did not, however, engage in the attack on Trenton, which followed General George Washington’s crossing of the Delaware. They accomplished the most arduous task of ferrying the Continentals across the river. 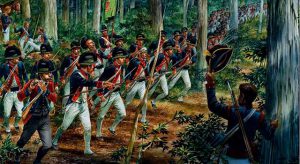 After the first Battle of Trenton, the battalion of Marines under the command of Maj Nicholas participated in battle with a detachment of Cornwallis’ main army at Princeton. During the ensuing months Maj Nicholas’ battalion served both as infantry and artillery, participating in several skirmishes. 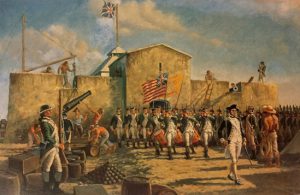 Following the evacuation of Philadelphia by the British in June 1778, Marine Barracks were reestablished and recruiting renewed. From then until the close of the war, Maj Nicholas’ duties at Philadelphia were somewhat similar to those of later Commandants. Moreover, he was actively in charge of recruiting, and at times acted as Muster Master of the Navy.

On 20 November 1779, he wrote Congress requesting that he be put in charge of the Marine Detachment on board the America, then in process of construction, but Congress was adamant in its intention that Maj Nicholas remain in Philadelphia.

After the disbandment of the Continental Marines and Navy following the end of the Revolutionary War in 1783, Maj Nicholas returned to civilian life. He died in Philadelphia on 27 August 1790, and was buried there in the Society of Friends Cemetery. 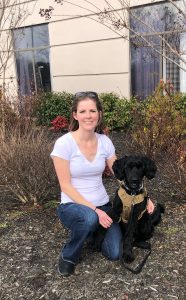 Sammy & his veteran are a graduate service dog team living in Virginia.

To make a donation to our Team Semper K9 fundraising efforts click here. To contribute to our Service Dogs for Veterans program please visit http://donate.semperk9.org. 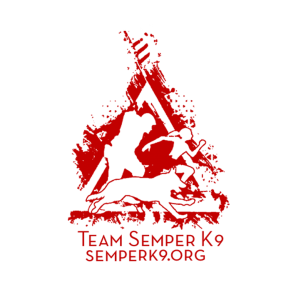