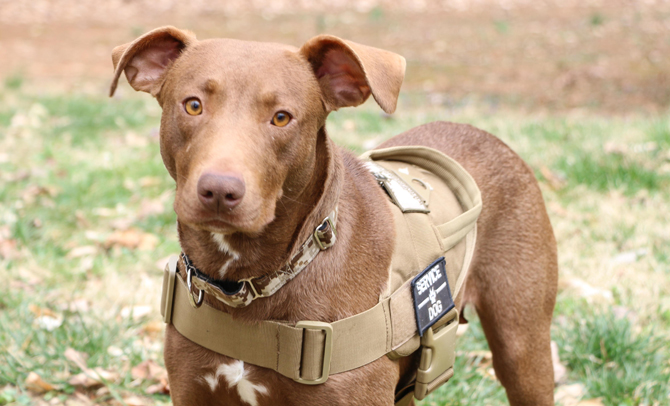 Semper K9 Assistance Dogs announces the adoption of Casey, a one-year-old rescue dog from rescue partner Operation Paws for Homes. Casey is named in memory of USMC Lance Cpl. Casey L. Casanova, a field radio operator, who was among four Marines from Camp Pendleton killed by a roadside bomb in Anbar province May 2, 2008. 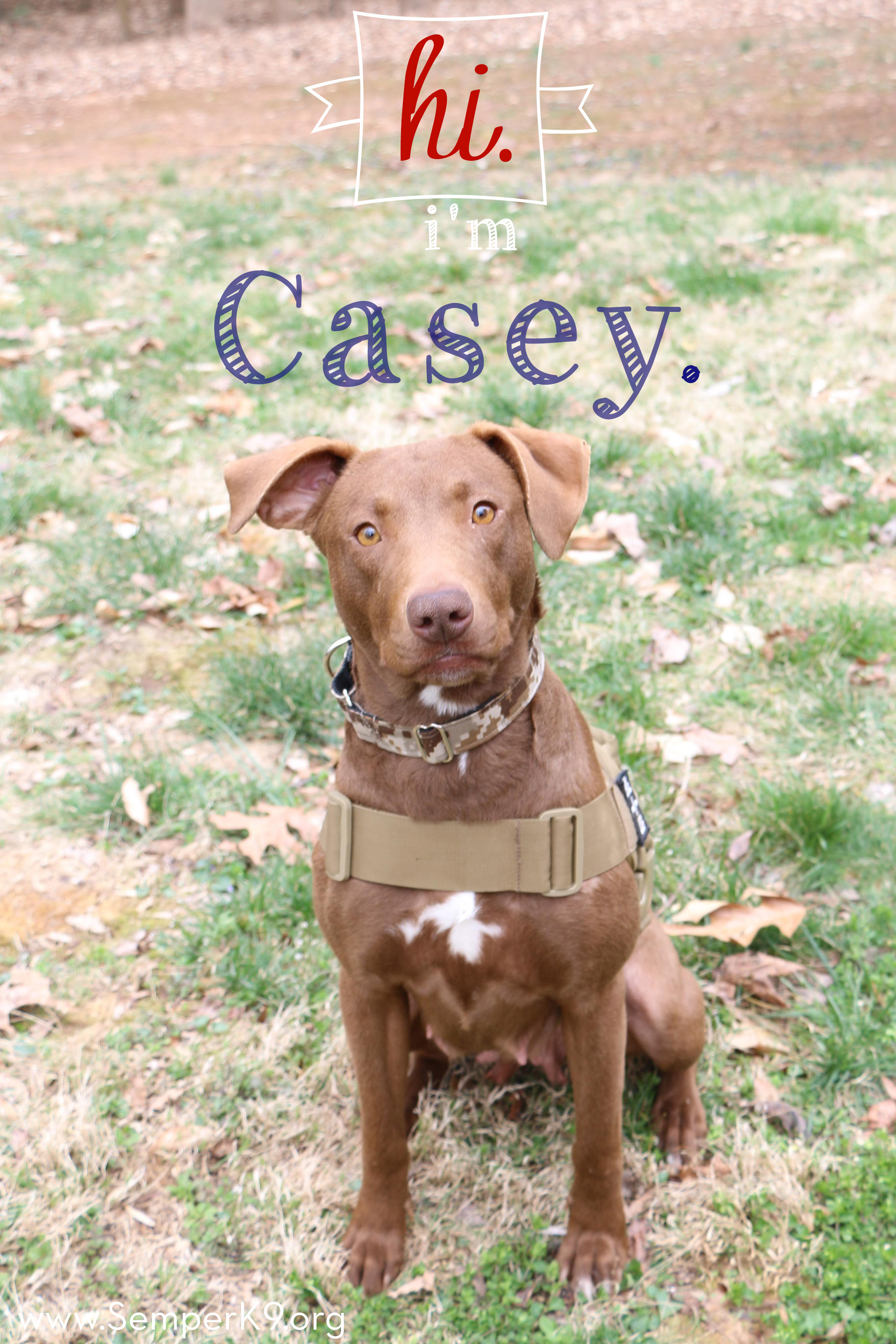 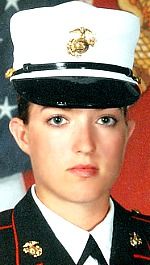 Casey Lynne Casanova was born March 27, 1986 in New Orleans La. Casey started singing at the age of four in the McComb Seventh Day Adventist Church. She grew up to have a beautiful voice. She sang the National Anthem at a Marine Ball and sang at a talent show in Iraq (see video below).

She attended grammar school at North Pike where she played drums. She went on to Bass Memorial Academy where she graduated in 2004. Casey went to camp every summer at camp Alamisco in Alabama from age six until age fifteen. After age fifteen she became a youth counselor at the camp.

After graduation, she attended Southwest Community Collage in Summit Ms. where she was chosen to be one of the Southwest Singers and she also played the Steel Drums and the Xylophone. Her family said Casey was a loving and outgoing person. She loved to spend time helping people. She spent a lot of her time volunteering to feed the hungry. She was a selfless and giving person and was a person whom everyone loved and loved to be around. She will be greatly missed by all.

She gave blood as much as she was allowed because she wanted to save lives. After collage she decided to join the Marines. Lance Corporal Casey Lynne Casanova turned 22 in Iraq on March 27, 2008. She was only woman from Mississippi killed in action in Iraq. People remember Casey as a loving and outgoing person. She loved to spend time helping people. She was a selfless and giving person and was a person whom everyone loved and loved to be around. 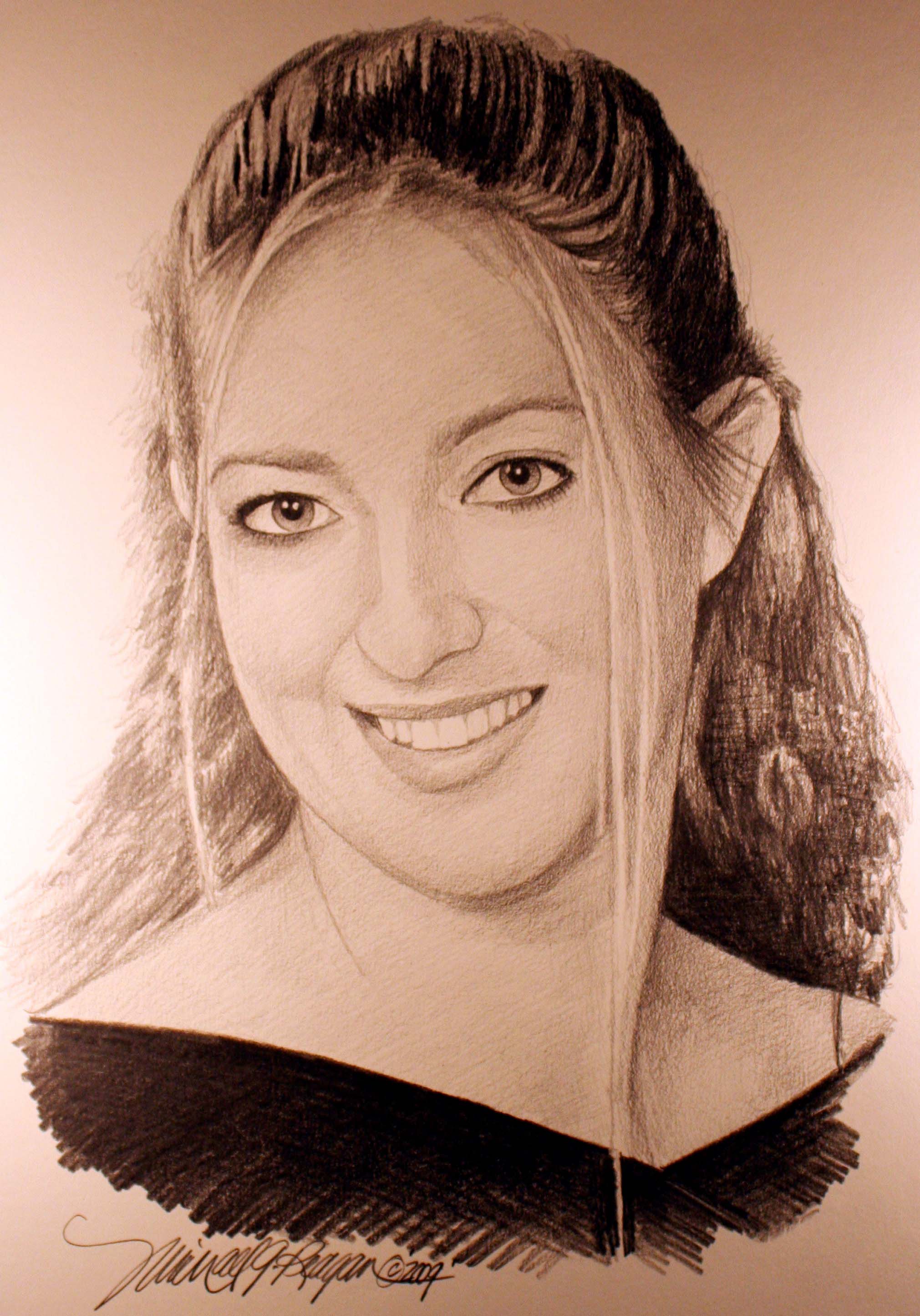 The road near the town of Karmah, Iraq, had been quiet for months. But shortly before midnight on May 2, a roadside bomb killed four Marines, making it Anbar province’s deadliest attack in nearly nine months. Casey had been assigned to CLB 1, Combat Logistics Regiment 1, 1st Marine Logistics Group 1 Marine Expeditionary Force. Camp Pendleton, California as a Radio Technician. She was awarded the Purple Heart and the Mississippi Medal of Honor.

Semper K9’s Casey is the first DOD EFMP (Exceptional Family Member Program) Facility Dog. She is stationed with her handler at USMC’s Henderson Hall on Joint Base Meyer Henderson Hall in Arlington, Virginia. Knowing Casanova’s love for helping others, especially children this is the perfect role for her namesake, assisting family members and children of active duty Marines with disabilities as well as transitioning Marines.