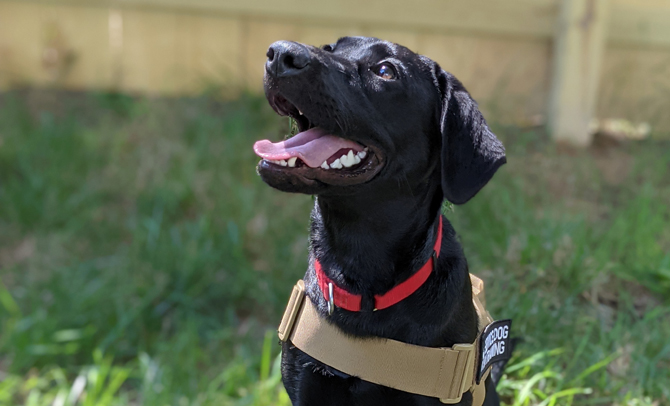 Semper K9 is proud to announce the acceptance of Rosie into our service dogs for veterans program. Rosie is a ten month old black lab donated by the Cummings family. She is named in honor of the countless women who entered the workforce to support the war effort during World War II. 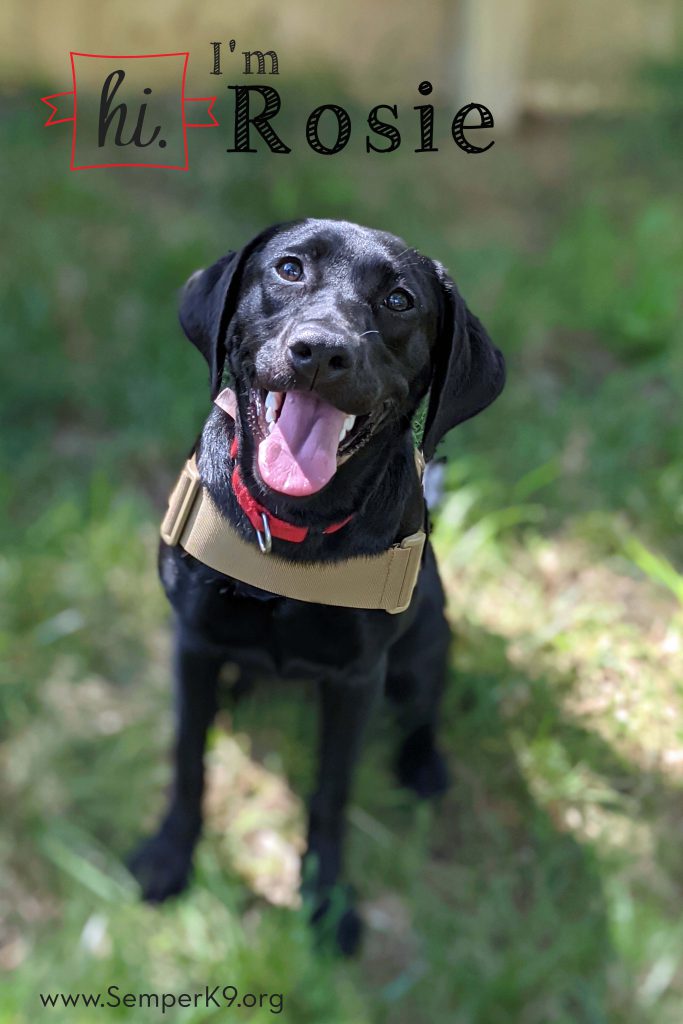 Rosie the Riveter was the iconic star of a campaign aimed at recruiting female workers for the defense industry during World War II, and she soon became a symbol of working women across the country. As male enlistments increased, leaving huge holes in the industrial labor force, American women entered the workforce in staggering numbers. By 1945 nearly one out of every four married women worked outside the home, which was nearly unheard of just a few years earlier. 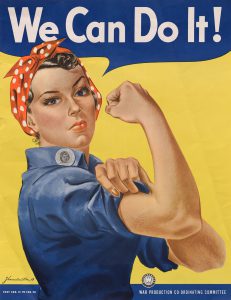 Women entering the workforce filled a variety of positions previously only held by men, but the aviation sector saw the greatest increase in female workers. More than 310,000 women worked in the aircraft industry in 1943, making up 65 percent of the industry’s total workforce, compared to just 1 percent in the pre-war years. The munitions industry also heavily recruited female workers, as illustrated by the U.S. government’s Rosie the Riveter campaign.

Based in small part on a real-life munitions worker, but primarily a fictitious character, the strong, bandanna-wearing “Rosie” became one of the most successful recruitment tools in American history, and the most iconic image of working women in the World War II era.

In addition to factory work and other home front jobs, some 350,000 women joined the Armed Services, serving both at home and abroad. At the urging of Eleanor Roosevelt and many women’s groups, General George C. Marshall supported the idea of introducing a women’s service branch into the Army.

In May 1942, Congress instituted the Women’s Auxiliary Army Corps, later upgraded to the Women’s Army Corps, which had full military status. Its members, known as WACs, worked in more than 200 non-combatant jobs stateside and in every theater of the war.

By 1945, there were more than 100,000 WACs and 6,000 female officers. In the Navy, members of Women Accepted for Volunteer Emergency Service (WAVES) held the same status as naval reservists and provided support stateside. 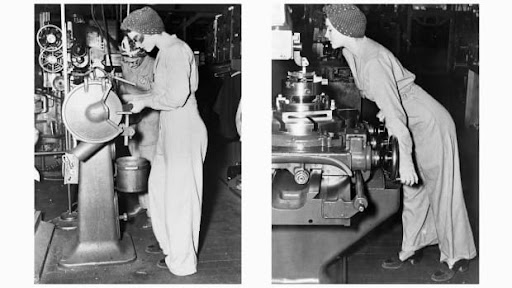 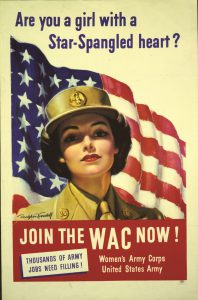 One of the lesser-known roles women played in the war effort was provided by the Women’s Airforce Service Pilots, or WASPs. These women, each of whom had already obtained their pilot’s license prior to service, became the first women to fly American military aircraft. They transported planes from factories to military bases, ferried cargo, and participated in simulation strafing and target missions. They accumulated more than 60 million miles in flight distances and freed up thousands of male U.S. pilots for active duty in World War II.

We are confident our service dog candidate, Rosie, will represent the strength and courage of the many women who answered our country’s call, stepped up, and opened the door for the countless women who came after. 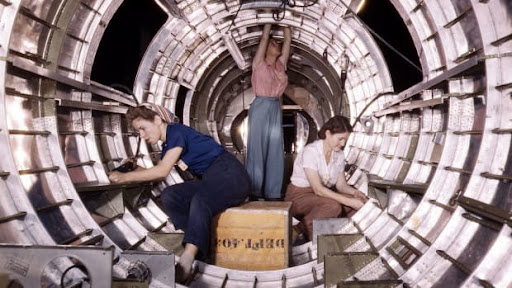